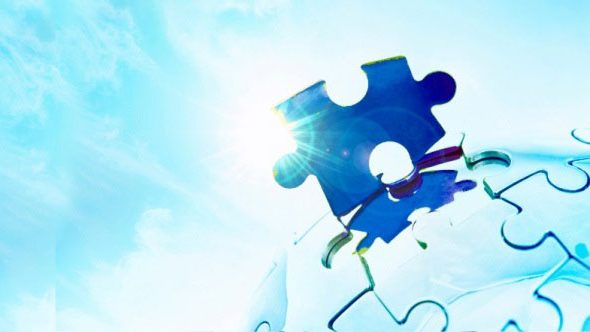 The recent plunge in the Dow Jones Industrial Average and the S&P 500 provided an ‘I-Told-You-So’ moment to many market pundits who have long predicted a market correction. Based on certain fundamental stock valuation parameters, this group believes that equity market valuations have recently become too rich – leaving the market vulnerable to a nasty, sustained correction and perhaps even a new bear market.

Yet now the market seems to be correcting its correction. So what does this mean? Is this a correction or not? Are stocks rich, cheap or fairly valued?

We decided to take a look at three key stock market valuation parameters for the S&P 500: Price to Earnings, Price to EBITDA (Gross Cash Flow), and Price to Book and put current valuations into historical perspective. What do these stock market value indicators tell us, based on where they’ve been in the past, and what results did the market post when these statistics flashed similar signals as we see today?

First, let’s look at the most commonly referenced data point – Price to Earnings (trailing 12mos). The current reading, as of October 21, 2014, is 17.35x. The table below gives us a look at what happened when the market reached this level of P/E over the last 10 years:

Interestingly, there were many additional instances of the market trading at or near the 17.35x P/E multiple over this time period – especially from March to September of 2008, June 2007 to January of 2008, and almost consistently from April of 2005 to March of 2006. What we’ve tried to show above are the major inflection points; that is, when the market P/E multiple was moving through the 17.35x level, either upwards or downwards. The point to this chart is that on a trailing P/E basis, the current valuation of 17.35x hasn’t been particularly helpful as an indicator of near-term market performance. The one year returns when the market hit this level range from -36% to +26%.

Using estimated earnings to calculate the P/E doesn’t alter the conclusion. Here are the last dates prior to the last year at which the market traded at an estimated P/E of 16.25x, where it is today:

Next, we look at the Price/EBITDA or Price to Gross Cash Flow ratio. The results here are a bit more troubling. Currently, this ratio stands right at 9x – a level not seen in more than 10 years. In fact, the last time the market traded at this rich valuation was March of 2001. It traded quite a bit higher from 1998 to 2001– up over 11x in March of 2000 alone – and it hasn’t been near that level since. We all know how that turned out. On this measure, the market must be considered over-valued by historical comparison.

What about Price/Book, the old favorite for Value Investors? Currently, we’re at a level of 2.7x, and the last time we observed a level this high it was January 2008. The market spent the next year plunging by 38% before finally recovering in the spring of the following year. Yet, the market also spent nearly all of 2004 through 2007 at or even above this level, with solid positive returns. In fact, the S&P 500 first crossed the 2.7x multiple in the modern era in the summer of 1995, and spent most of following 15 years above that multiple, through both bull and bear markets. On this measurement, the market is decidedly cheap on a long-term basis, although it’s been getting more pricy since the 2008 market crisis.

It’s useful to remember that several major changes have occurred in capital markets and US GAAP accounting over the previous decade. First, under FAS 142, enacted in 2001, Goodwill can no longer be amortized. For companies making a meaningful number of acquisitions (including many S&P 500 companies), their book values will now reflect the full value, rather than the amortized value, of the prices historically paid for acquired business. This inflates Goodwill, and thus Book Value, over historical norms – which therefore renders current-era Price/Book ratios lower all things equal. A ‘Cheap’ reading on this basis isn’t what it once was.
Secondly, financial engineering in the form of stock buybacks and special dividends, financed by cheap debt, has allowed earnings to grow faster than cash flow (which is much harder to ‘game’). According to FactSet data, the aggregate number of shares in the S&P 500 outstanding today is approximately 3% lower than it was 10 years ago, even though the level of the S&P 500 index is some 70% higher. Earnings per share are higher in large part due to fewer shares outstanding and not necessarily better profitability. For this reason, Price/Earnings isn’t the measurement it used to be, either.

So, if earnings, book value, and other accounting contrivances cannot produce reliable valuation parameters, what can? When in doubt, look at more data – so we looked at 2 more data series: Price/Sales and Price/Free Cash Flow. Why these measures? They reflect the price of the index in terms of some of the most visible and difficult-to-manipulate numbers in corporate America. Sales, or Gross Revenue, are the top-line beginning number on the Income Statement, rigidly defined and almost impossible to stretch. Free Cash Flow, while still an accounting derivative, is reconciled on the Cash Flow statement, and must tie to cash – again, harder to manipulate for cosmetic appearances. So what are these measures telling us?

On a Price/Sales basis, the S&P 500 is currently valued around 1.7x. The last time we saw this level was September of 2007, right at the market peak and the beginning of the housing-led 2008 crisis. Before that, the last peak came in March of 2000, at 2.35x. For historical reference, in the summer of 1990, Price to Sales stood at 0.8x, and never approached today’s valuations until 1997, during the ‘dot.com’ bubble era. There seems to be no ambiguity about this valuation measure: stocks on a P/S basis are as rich as they have ever been – at or near the most notorious market tops of the last 20 years.

Price to Free Cash Flow (FCF) tells another story. Free cash flow is generally defined as the Income Statement’s EBITDA, less capital expenditures – loosely an approximation of how much cash the owners have left over to distribute to themselves and various stakeholders (including the government) once they’ve adequately re-invested in the business to keep it competitive. On this measure, stocks have historically been all over the map – the current reading of 17.7x is near the high end of the range established in the post-2008 era, with the low of 8.5x posted in March, 2009. However, throughout the 1990’s this measure ranged from a low of 17x to a high of over 38x in 1999, and routinely traded north of 20x during the 2003-2007 recovery. We have to go back to the 1980’s for the last period in which stocks traded consistently under 8x Free Cash Flow, the low of the recent trading range. The S&P 500 on this measure looks recently pricy, but historically still quite cheap.

With this mix of conflicting data, our conclusion at Pentegra is that large-cap stocks are reasonably valued on an earnings basis and perhaps by other historical norms as well, but they have reached dangerous levels of valuation when viewed in terms of cash revenues generated by the underlying corporations. Ultimately, investors must be paid back in cash. As long as cash can be borrowed virtually for free the equity market shouldn’t care, because corporations will be able to borrow easily all the cash their equity investors demand. When rates rise and the bond markets become less accommodative, however, our view is that equity markets are probably more vulnerable than most people currently imagine – to interest rate increases as well as other ‘accidents’.