Proposal to Allow Diversion of Retirement Savings to Pay Down Student Loans: No Thanks 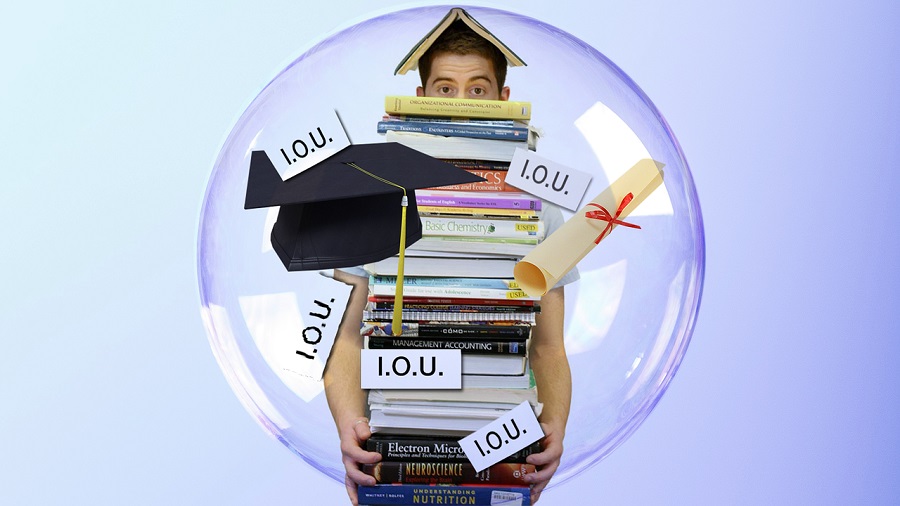 It is also no secret that the nation is in the midst of a crushing student loan debt crisis. The average student-loan debt per graduating student in 2018 who took out loans was $29,800 – putting the national total student debt at over $1.56 trillion for approximately 45 million borrowers, compared with $1 trillion in credit card debt.

Riding to the rescue – or at least trying to – is U.S. Senator Rand Paul (R-KY), who in December 2019 announced his intention to introduce the Higher Education Loan Repayment and Enhanced Retirement (HELPER) Act. While its name sounds sensible enough, it is the “enhancing” part of the equation that is troubling.

In a nutshell, the bill would allow individuals to take up to $5,250 — tax- and penalty-free — from their 401(k) or IRA each year to help pay for college or pay down student loan debt. In addition, the parents and spouses of those facing such debt could divert money from their own retirement accounts to help.

The bill would also allow employer-sponsored student loan and tuition payment plans to be tax-free up to $5,250, in what Paul said is “a common benefit new graduates are seeking from employers” in an op-ed explaining his proposal that was published in the Lexington (Ky.) Herald-Leader on December 3, 2019.

“Because of student loan debt, workers are often not fully contributing to their 401(k)s,” Paul posited in the article. “My bill changes the incentive to invest, since that money can be used to pay down burdensome debt.”

The senator goes on to maintain that using those pre-tax funds to make student loan payments will both allow a quicker loan payoff and a lowering of those persons’ taxes:

Paul goes on to say that the HELPER Act would even help those who have yet to enter college. As an example, he offers a scenario whereby the person in question would work for several years at Walmart (including their college years), contributing the maximum allowable contribution to that company’s 401(k) plan – 6 percent – so that upon graduation, “you will have more than $7,500 to pay toward your student loans. That means you have already saved enough to pay off more than one fourth of your college debt by the time you graduate.”

By allowing the student’s two parents to set aside the maximum $5,250 a year, he adds, another $15,750 in pre-tax dollars per year would be available to address student loan debt: “This fact alone,” he writes, “would transform how Americans save for college by essentially reducing college tuition by about a third by allowing parents to pay for it with pre-tax dollars.”

However, while the HELPER Act could indeed help pay off student debt, it would do little to help the involved parties’ retirement savings. In fact, it would have the exact opposite effect.

We have written frequently in the past about taking loans from your 401(k) or other retirement savings vehicles, with one simple conclusion: Don’t do it.

Even if the HELPER Act addresses the tax and early withdrawal penalties associated with taking money out of a retirement account prematurely, there are a host of other possibilities to consider. What if the parent or spouse loses their job? What if a medical emergency arises?

In addition, the money diverted from the retirement savings vehicle loses whatever interest is being earned on the remaining sums in that vehicle. Borrowing from retirement savings to pay for student loans is a prime example of “borrowing from Peter to pay Paul” (to make an inadvertent pun at the senator’s expense) – never a good idea.

As we wrote four years ago: “Explore getting a personal loan. Liquidate non-retirement assets. Ask a concerned family member or friend for the money. Consider any and all alternatives before you borrow from your 401(k) plan.” That advice still holds true.

The senator entitled his Herald-Leader piece “What if you could pay for tuition and student debt through your 401(k)?”

The only sensible answer to that question is, “No, thanks.”