Can US Interest Rates Go to Zero? 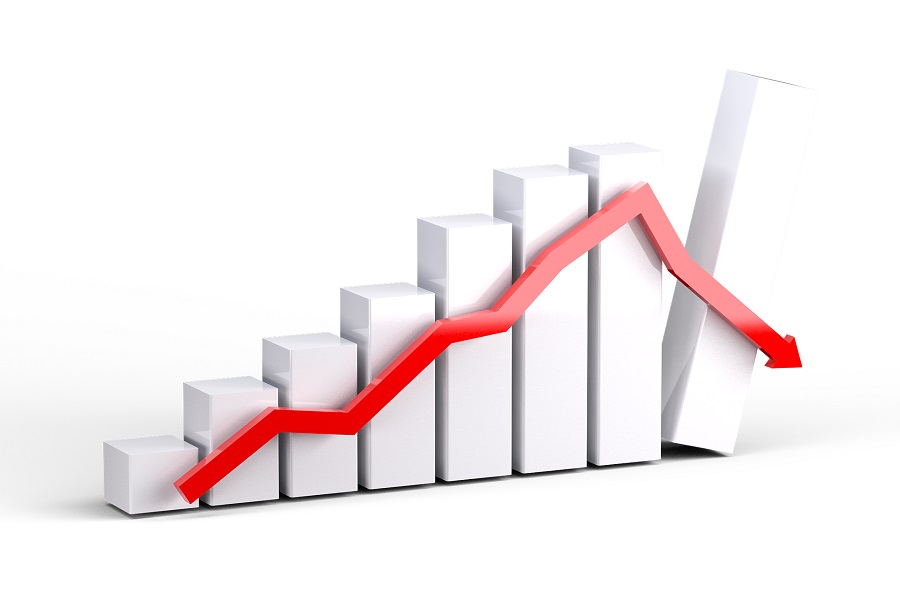 Interest rates in the United States are at or near record lows. According to FreddieMac, the average 15 year fixed mortgage rate at the end of February 2020 was 2.95%, versus 4.36% in November 2018. The benchmark 10 year US Treasury yield went well below 0.5% after reaching a high of 3.2% in November 2018. The 30 year US Treasury yield fell under 1.0% after breaking through its 2% threshold. If we look at the US only, the idea that interest rates could drop to zero or even become negative had once seemed unlikely. However, given the impact of the coronavirus, Federal Reserve rate cuts, and global economic contraction, a zero-rate US economy is possible over the coming weeks or months. Even in this environment, there would likely be some interest rates, such as on consumer loans and credit cards, which would remain positive.

There are factors arguing both for and against a sustained drop in US interest rates to zero or negative territory.

Coronavirus: In addition to the significant human toll and uncertainty, the recent coronavirus pandemic has led to major Federal Reserve (“Fed”) rate cuts and a flight to safety into Treasuries, gold and cash until the virus is believed to be contained.

Federal Reserve rate cuts have been accelerated: On March 3rd, the Fed cut its target rate by 50 basis points in an emergency move. On March 15th, the Fed, in another emergency move, cut rates by an additional 100 basis points, to near zero. The rate cuts have been driven by global economic uncertainty from the coronavirus, financial liquidity concerns, expected economic contraction in the US and globally, and low inflation. In addition, the Fed has injected significant liquidity into the short-term and Treasury markets.

Interest rate differences, though narrowing, should continue to attract flows into the US fixed income and Treasury markets: All else equal, the yield gap should attract foreign capital. The resulting increased demand should increase the prices of US bonds and reduce interest rates. There have been also significant inflows into US corporate bonds from international investors.

Low US inflation: The aggregate US inflation rate by most measures remains well below the Federal Reserve target of 2%. The “extra yield premium” which compensates for expected inflation continues to be small.

Global demand for US Treasuries is weaker than expected: China is one of the largest purchasers of US Treasuries, but the impact of the coronavirus, trade tensions and tariffs has reduced China’s appetite for these securities. In this case, unless other countries such as Japan or the Federal Reserve itself picks up the slack, interest rate differences may have a smaller impact in reducing US yields.

Geopolitical risks may lead to inflation and higher rates: While inflation is normally caused by greater spending and economic expansion, the flip side is that higher prices may be the result of factors such as higher prices paid by consumers as a result of a run on goods due to the coronavirus, supply chain disruptions and tariffs on imported items such as food and electronics.

There are “hawks” on the Federal Reserve as well as “doves”: This is not an issue in the current environment. However, once there is a recovery in the US economy, hawks may believe that tightening, or maintaining positive interest rates, may be called for.

What might be the potential impact of zero or negative interest rates in the US?

Since the United States is a much larger and more complicated economy than most other countries, it is virtually impossible to use countries such as Sweden or Denmark as models for the US. However, zero or negative rates could cause significant changes to our financial structure. When interest rates are positive, banks lend out a fraction of their deposits at a given rate of interest. People can then spend this money or deposit a portion into another bank, which then, in turn can lend, and so on. This is known as “fractional reserve banking”. However, if rates turn negative, people would pay banks to store their money, and there would be little incentive for banks to lend. Of course, it is likely that homeowners will refinance their mortgages in such an environment and the housing industry may benefit from increased home buying.

From an economic growth standpoint, rather than relying on fractional banking for growth, policymakers would need to hope that people will spend their cash as opposed to putting it under their mattresses. Investors may also decide to keep their savings in cash or valuables such as art and jewelry, or, conversely, they may increase their allocation to riskier investments such as stocks to get a positive yield. It would stand to reason that the US government would likely need to “reinflate” the economy through spending and money creation so as to re-establish positive rates.

While a large and diverse economy such as the US could ultimately adjust to a zero to negative interest rate environment, there could be significant changes to our financial institutions and investor behavior. These impacts are likely to differ from smaller economies and would be hard to predict.