Health Care Inflation-What May Be Behind the Numbers? 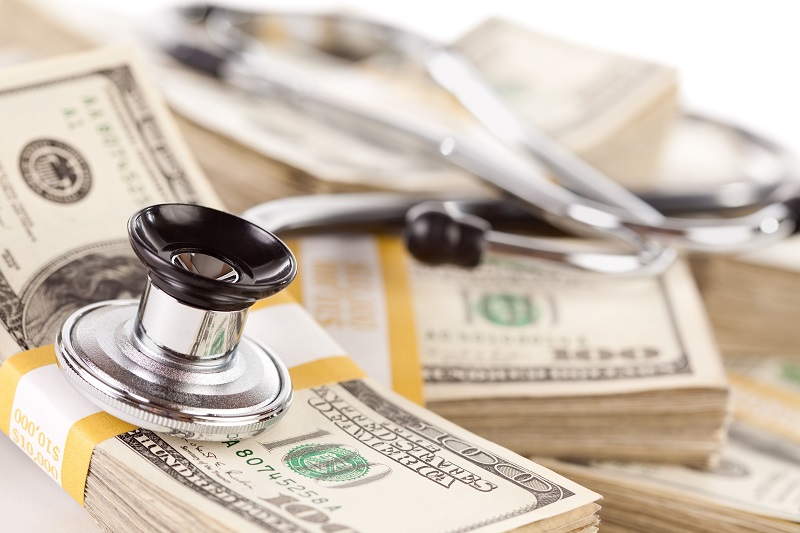 Why has the cost of medical care in the United States been going up significantly faster than the overall inflation rate of goods and services? On a broad level, since 2000, the Medical Care component of the Consumer Price Index (CPI) has been consistently increasing at a 1.5%-2% higher annual rate than the CPI for all goods and services. Health care spending accounts for 18% of US Gross Domestic Product (GDP). Explaining the factors behind these inflation rate differences is very complex, as there are many forces impacting the price of health care- insurance, individual and provider behavior, technology and public policy to name just a few. And despite ample anecdotal evidence, there is relatively little comprehensive data on the drivers of health care cost in the United States.

The charts below from Altarum Center for Value in Health Care shed some light on recent utilization and price trends in health care spending.

Chart 1 indicates that over the 1990-2018 period, growth in utilization of most categories of health care services has declined from its early-1990s peaks, although utilization has peaked during periods of economic recession such as in the early 1990s and during expansion of insurance coverage in 2014-15. The growth in the health care price component has remained relatively steady to slightly declining since 2000.

Chart 3 shows that annual price growth since 2015 has ranged from 2%-4%, with the recent uptick driven by increases in prescription drug prices.

Focusing on overall health spending, this data suggests that from both a utilization and price standpoint, prescription drugs have shown the highest growth in spending over the past 3 years. The increase in drug prices has generated proposals for enhanced affordability by encouraging greater competition among pharmaceutical companies, wider adoption of generics and public and political pressure to lower prices for certain drugs. In addition, there has been increasing public pressure to combat excessive use of opioids and other addictive drugs. While demand (utilization) for physician services has maintained a healthy growth rate (4%-6%), price growth has remained under 1%, likely due to lower insurance reimbursement rates. 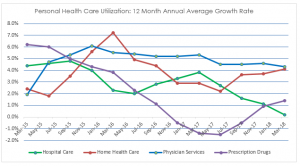 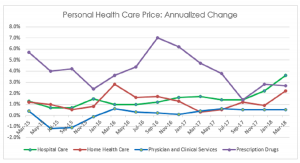 Given these trends, a core issue from an economic and social standpoint is: what is the ultimate benefit, or return, on health care spending?  Some benefits are measurable, many are not. Benefits include longer life expectancy, better diet, lower incidence of heart disease and cancer, better quality of life and greater economic productivity. Life expectancy in the US has been slowly increasing since 2000. According to World Population Review data, 2017 life expectancy for the United States was 79.5 years, but behind countries such as Japan (84 years) and Canada (82.6 years). While the underlying dynamics driving health care inflation are constantly changing, the ultimate net costs and benefits represent an important yardstick.