How Does the Housing Market Affect the United States Economy? 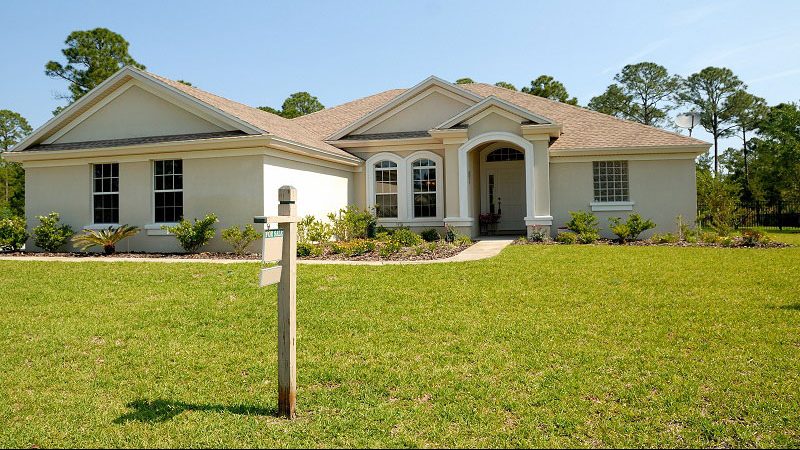 Housing and industries related to housing are important sectors of the United States economy. Housing accounted for approximately 15% of Gross Domestic Product (GDP) in the second quarter of 20151. When there has been increased activity in the housing sector, most of the discussion has related to its positive effects. A strong housing sector benefits the construction industry, providing additional jobs. It also increases demand for building materials, home-related goods and home improvement items, while generating tax revenue for local governments. However, a surge in housing can fuel investor speculation and lead to “bubbles” and collapses in home prices such as the United States experienced in 2008-2009. Also, a slowdown in housing can reduce employment in the construction and retail industries.

How is housing activity measured? The National Association of Home Builders (NAHB) and the United States Census Bureau publish several measures of housing activity: new building permits, housing starts and housing completions. New building permits are one of 10 items in the Conference Board’s Index of Leading Indicators (ILI). The Conference Board is a well regarded independent business research organization. The ILI seeks to predict subsequent changes in the United States economy.

To gain some quantitative perspective, the chart below plots quarterly new housing permits versus quarterly growth in United States GDP. The decrease in new building permits commenced at the end of 2005 and bottomed out at the beginning of 2009. Real GDP growth began declining at the beginning of 2006 and didn’t recover to normal levels until the end of 2009. This reflected a strong correlation between new building permits and GDP growth during this period. Conversely, while building permits grew steadily after 2009, real GDP growth, though generally positive, showed a choppier pattern over this later period and a much smaller correlation. What might explain the weaker relationship after 2009? Although homebuilding supply recovered after the 2008-09 slump, there was also continued weak demand due to factors such as millennials staying at home longer, fragile consumer confidence and slow wage growth. 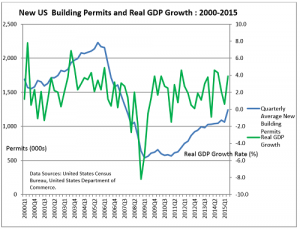 In summary, housing activity can have a significant effect on the United States economy. However, the impacts may not be symmetrical; economic impacts on the downside may differ from those on the upside.