A Few Notes on Labor Productivity 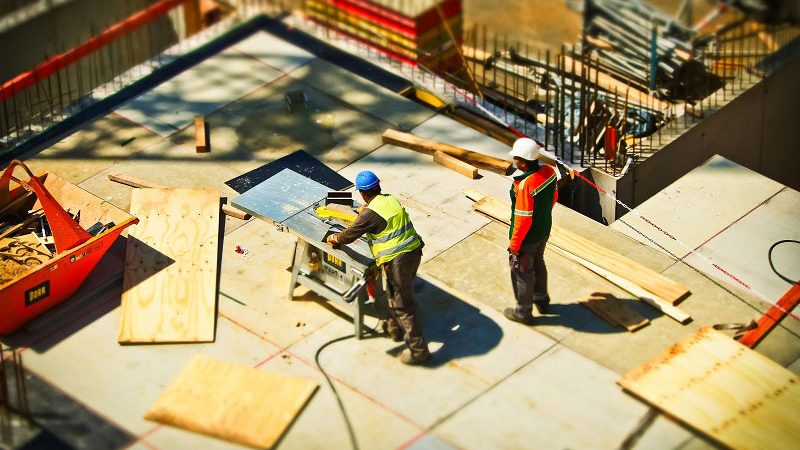 Normally, when a worker has low productivity, it is not a good sign for that person’s pay or employment status. But what does it mean when overall productivity in the US economy is low or declining? Although it is not as widely publicized as inflation or the unemployment rate, the overall rate of labor productivity growth in the economy is closely watched by market economists and the Federal Reserve.

The chart below shows quarterly growth rates in US productivity and total employment. Although the data has been volatile, declining productivity in a number of periods has been associated with higher employment growth and vice-versa, with a negative correlation of -0.25. 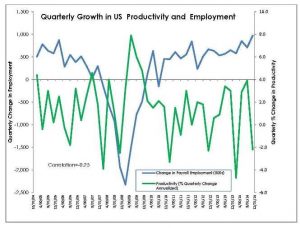 The next chart shows quarterly growth rates in US productivity and inflation. Here, it is more difficult to pinpoint whether lower productivity is associated with higher inflation, or vice versa. Part of a lack of correlation can be attributed to continued low rates of inflation in recent years. 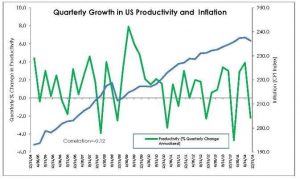 In conclusion, government statistics on overall US productivity growth can be volatile and should be treated with caution. However, lower productivity can be a signal of short run employment growth but could portend higher inflation to come. Conversely, a rally in productivity could have longer term beneficial effects by moderating potential upticks in prices.