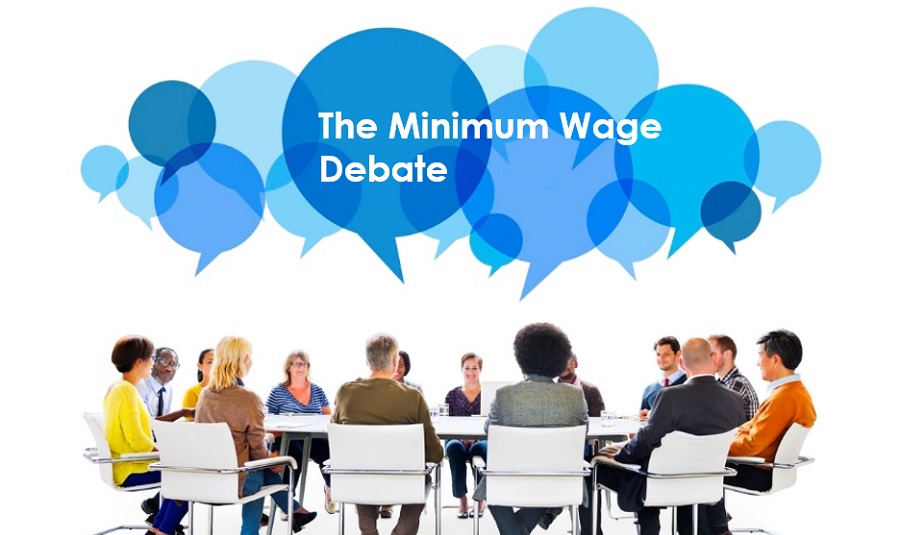 As more data has become available, additional studies have analyzed the main impacts of the minimum wage: (a) how is employment affected?; (b) how is worker income impacted?; and (c) how has the minimum wage affected the country’s income inequality between rich and poor? Here are some of the findings:

Employment Impact:  Opponents of raising the minimum wage have generally argued that (a) if the minimum wage is above the “market” wage (where supply equals demand), there will be a surplus of workers and employers may have to cut back on hours and/or employees; and (b) if employers cannot pass on the higher costs to consumers, they may be forced to reduce employment. Minimum wage advocates argue that additional spending by workers with higher take-home pay can ultimately stimulate additional jobs as well as help lower employee turnover.

As expected in multiple studies involving many variables, the evidence is inconclusive1. Several studies have found virtually no effect of the minimum wage on employment of teens and restaurant workers, while others have found a small job loss effect. It is also worth noting that from an overall standpoint, the unemployment rate for teenagers 16-19 years old fell from 20.2% in December 2013 to 12.5% in December 2018.2

Worker Income: A 2017 study by the Economic Policy Institute (EPI) estimated that approximately 4.5 million U.S. workers would achieve a raise with a higher minimum wage while their annual income would increase by $5 billion, or about $1,100 per worker. An earlier report by the Federal Reserve Bank of Chicago estimated that a $1 minimum wage increase would boost consumer spending for households with minimum wage workers by $2,080 per household.

Income Inequality: Although raising the minimum wage alone is unlikely to significantly reduce national income inequality, the EPI study indicated that three-quarters of the income benefit from raising the federal minimum wage to $15 per hour by 2024 would go to households with incomes below $75,000 per year. A recent study also estimated that a 10 per cent increase in the minimum wage would reduce non-elderly poverty by 5.3 per cent after 3 years3.

In summary, the potential impacts of increases in the minimum wage will continue to be analyzed and debated, particularly at the state and local level. Some think tanks conducting these studies are also likely to have political biases that should be factored. Critical to measuring the costs and benefits are identifying who directly benefits from a minimum wage increase (by skill level, age, etc.) as well as the extent to which employers are complying with the regulations.

Based on recent trends, it is likely that the momentum in favor of a higher minimum wage will continue.