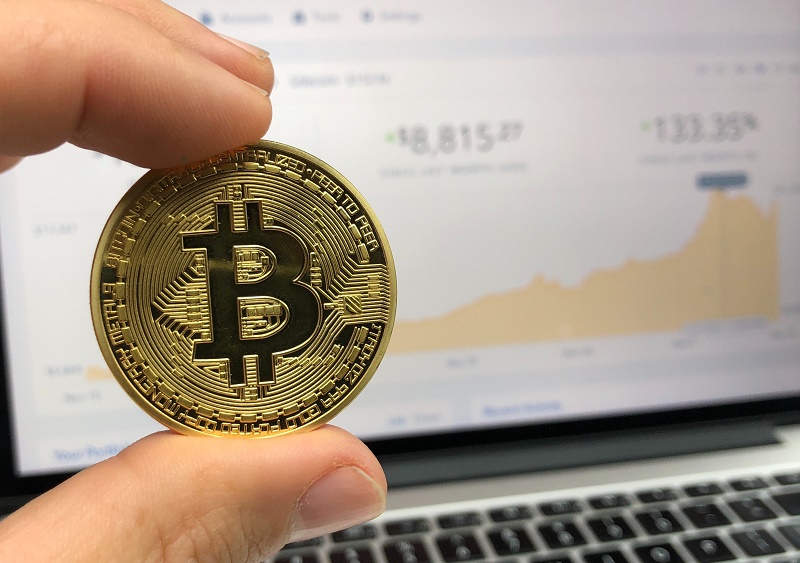 You may have seen or heard of the term “Bitcoin” in the financial news recently. Actually, Bitcoin has been around since 2009. On 12/11/17, Bitcoin futures began trading on the Chicago Board Options Exchange (CBOE). Bitcoin is estimated to have a current market capitalization of about $300 billion. After reaching a high of $18,674 per bitcoin in December, it dropped as low as $7,100 in early February and was trading at about $8,750 per Bitcoin as of 2/12/18 (see chart below). A retirement plan mandated to protect beneficiaries’ assets should avoid investing in Bitcoin due to its volatility, short history, regulatory risk and security concerns. It is also likely that most of us as individuals will never use Bitcoin or fully understand it. However, it is important to be aware of Bitcoin’s evolution and where it is headed in the financial world.

Bitcoin differs in many respects from our traditional currency and banking system as we know it. Some key differences:

Being a relatively new and not-well-known digital asset, the future structure of Bitcoin is uncertain. In addition to being highly volatile (despite its recent spikes in value), Bitcoin has a short track record. It is also subject to regulations restricting or banning the use of Bitcoin as well as disclosure requirements (in fact, South Korea has recently imposed restrictions on Bitcoin trading in response to excessive speculation).  However, Bitcoin is expected to continue to become a part of the global financial landscape, and could increase in popularity as an alternative payment medium for millennials and as an investment for speculative investors.

NOTE: Information presented herein is for discussion and illustrative purposes only and is not a recommendation or an offer or solicitation to buy or sell Bitcoin or any other cryptocurrencies. Past performance is not a guarantee of future results.

Fred Slade has over 25 years of experience in the investment management and retirement services industries. He is AVP-Senior Director, Investments for Pentegra Retirement Services, a leading provider of retirement services to financial institutions and organizations nationwide, founded by the Federal Home Loan Bank System in 1943. Mr. Slade manages over $1 billion in internal bond portfolios and provides analytics and strategy for Pentegra’s Defined Benefit and Defined Contribution Plans. Mr. Slade holds a Ph.D. in Economics from University of Pennsylvania and a CFA, and has presented at a number of seminars and conferences.