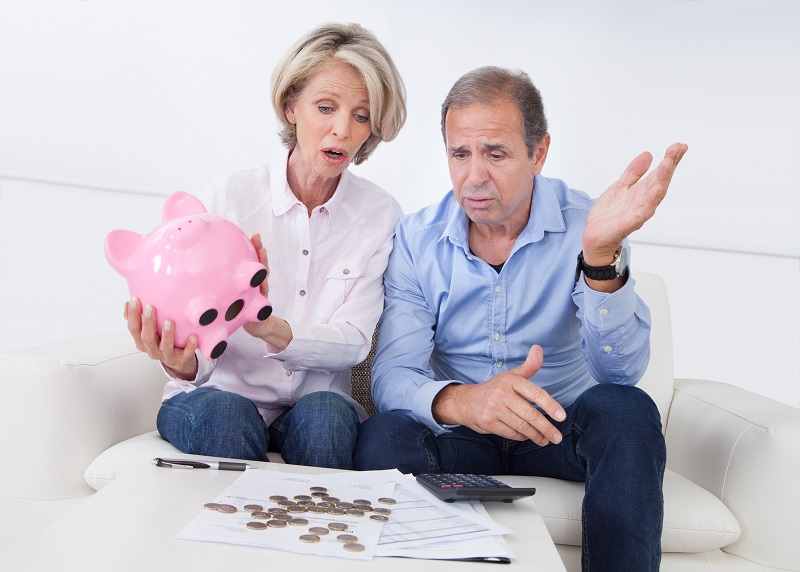 Each year since 1963, the month of May has been “Older Americans Month” … which strikes me as the perfect time to talk about steps you can take to successfully manage finances for your elders.

Regardless of a parent’s own retirement savings, unexpected illnesses can have a significant impact on their nest egg. Oftentimes parents are living on a fixed income and their savings, which can be rapidly depleted due to medical or long-term care costs. Extended and/or repeated hospital stays, and the costs associated with living in a nursing home or other eldercare facility, are just some of the factors that may need to be addressed; even at-home care can cost up to $25 an hour, which can quickly add up.

Throw in a sudden medical emergency, or the onset of dementia, Alzheimer’s disease and the like, and even the most prudently planned and managed retirement account can decrease dramatically over a short period of time.

The key constant in all of these scenarios is the need to plan ahead. That involves having conversations as soon as possible with one’s parents – ideally before those health situations arise – to develop a workable financial arrangement.

These can be difficult conversations to have, both for the parent and the child. Even as adults, children are oftentimes used to the idea of their parents taking the lead in many family conversations. Openly discussing finances can be daunting at the best of times, for both sides, and involves a considerable level of trust when talking about the child taking over the parent’s assets.

It’s a kind of role reversal, but those talks must take place. The parent has to be willing and open to the discussion, and the child may have to press the point. One possible point of entry is for the child to bring up his or her own plans for retirement and long-term care, which can more easily lead into talking about the parent’s plans.

Hopefully the family bonds that you have built over a lifetime will help ease some of the uncomfortableness involved for both sides, and lead to the kind of candid conversations that are necessary.

First, you should discuss what kind of care a parent wants. This may lead to a conversation about geography: If the parent does not live nearby, how much time does the child have available to take them to doctors’ appointments, visit them at a hospital or other care facility? The specter of relocation can be a very real one – after all, they’ve often become familiar with their present surroundings and have established meaningful friendships. But moving somewhere closer to their caregiving children can ease a lot of stress, as well as financial burden.

For many, the biggest hurdle surrounds assigning power of attorney (POA). POA enables a person to appoint a family member or other trusted confidant to make legal, financial and health decisions when the person is no longer able to do so themselves. It can allow the caregiver to pay bills or sell assets, including selling the parent’s home, and managing all assets. POA can be divided into financial and medical responsibilities, so that in the case of multiple children, one child does not have to take care of everything.

Gifting is another idea worth exploring. This allows the caregiver to transfer, or “gift,” to themselves a parent’s assets, including money, personal property and real estate, and is often used when the person in question becomes incompetent due to injury or illness. In some cases, the parent continues to live at their home without the children, with the authorities disallowed from taking over the home to pay for medical expenses. While gifting can be included in a POA, it is not routinely done, so if everyone agrees to such an arrangement, make certain that it is included in your POA document.

Gifting can also be used in a strategic way vis-à-vis Medicaid … although it has to be done carefully. Medicaid pays for long-term care only for those who are poor or who have become poor after paying for medical expenses or nursing homes. The agency maintains stringent rules to prevent people from simply transferring all their assets to a family member in order to qualify for Medicaid, however. Under federal law, if you transfer certain assets within five years before applying for Medicaid, you will be ineligible for a period of time depending on how much money you transferred. Federal law also limits how much you can gift tax-free, currently$14,000 a year.

All of these topics can take time to sort out … as well they should. Nobody wants to make a snap decision about their long-term care only to decide they’ve made a mistake and want to change things. It is for that reason, as well as those listed above, that I encourage both parents and their children to start the conversation as soon as they can.

Doing nothing will result in much more work down the line. Having the conversation, and bringing in a qualified financial and/or tax professional for advice, is the best route to take.