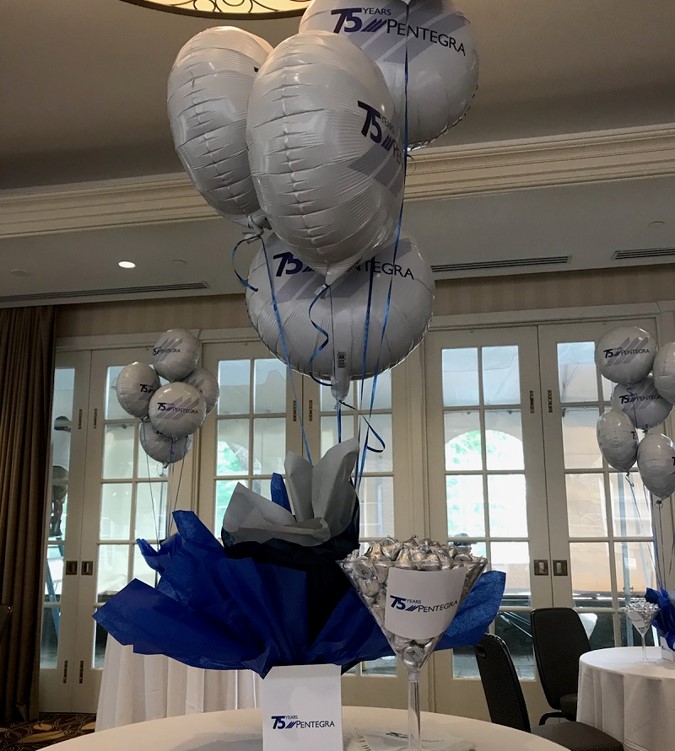 1943 was one of those watershed years that were typical of the World War II era: the Battles of Guadalcanal and Stalingrad both ended, Dwight Eisenhower was appointed supreme commander of the Allied forces, and future President John Kennedy’s PT-109 boat was sunk by a Japanese destroyer.

Meanwhile, “Oklahoma!” debuted on Broadway, construction on the Jefferson Memorial and the Pentagon was completed, and the enduring toy the Slinky was invented.

And 1943 is notable for another reason: It’s the year that Pentegra was formed.

Our company has certainly changed over the past 75 years, as has the community we serve. In fact, Pentegra wasn’t even Pentegra until 1993; we started off as the Retirement Fund of the Federal Home Loan Bank System, having been established by that system to administer a defined benefit pension trust for its employees.

The economic landscape of 75 years ago was of course vastly different from what it is today. Most workers in the U.S. could enjoy their golden years via their company’s pension, as well as the Social Security program, then a relative newcomer at eight years old.

The Wage and Salary Act of 1942, which froze wages as a way to fight wartime inflation, was followed in ’43 by a War Labor Board ruling that the freeze did not apply to fringe benefits, which helped convince employers to offer pension, health and welfare benefits as a way of attracting workers – not a bad idea, given how many young men were then off fighting the war.

Things have certainly changed since then. The employer-funded pension or defined benefit plan has largely gone by the wayside in most industries, with a shift toward the defined contribution plan like the 401(k), which revolutionized saving for retirement when it was enacted into law in 1978.

The 403(b) savings plan, the individual retirement account (IRA) and Roth IRA, the multiple-employer plan (MEP) and pooled employer plan (PEP), and the continuing vagaries surrounding the Employee Retirement Income Security Act of 1974 (ERISA) – especially the much-debated fiduciary rule – are all part of the practically innumerable developments over the last 75 years.

But one thing that has not changed in all that time is Pentegra’s commitment to its clients. Having adopted our moniker — a combination of the words “pensions” and “integrity” — in 1993, we have not wavered in our mission to provide the best advice and products in the retirement services industry.

Unfortunately, something else that has not changed is most Americans’ attitudes towards saving for their golden years. “Save early and often” is one of our mantras, but time and again we see reports saying that for many people – especially those in the millennial demographic – such advice is falling upon deaf ears.

A report earlier this year by the Harvard Business Review found that, among Americans aged 40 to 45, “the median retirement account balance is $14,500 — less than 4 percent of what the median-income worker will require in savings to meet his [or her] retirement needs.” A GoBankingRates survey last year found that 57 percent of Americans had less than $1,000 in their savings accounts, a figure unlikely to have significantly improved for the better since.

And the Social Security safety net has also been widely reported to be in danger. The system’s trustees estimate that, if no changes are made, it will be paying most but not all promised benefits until 2034, when it essentially will run out of money.

There are of course solutions to these and other issues that one must consider when helping workers save for retirement. And Pentegra remains well equipped to explain and offer those solutions.

Just like the Slinky, we aren’t going away any time soon.